Year of the Robe Sale ends January 22nd
Log In >

Doga, Pig Yoga, Pickleball What? 6 Alternative Workouts You Just Have to Try! 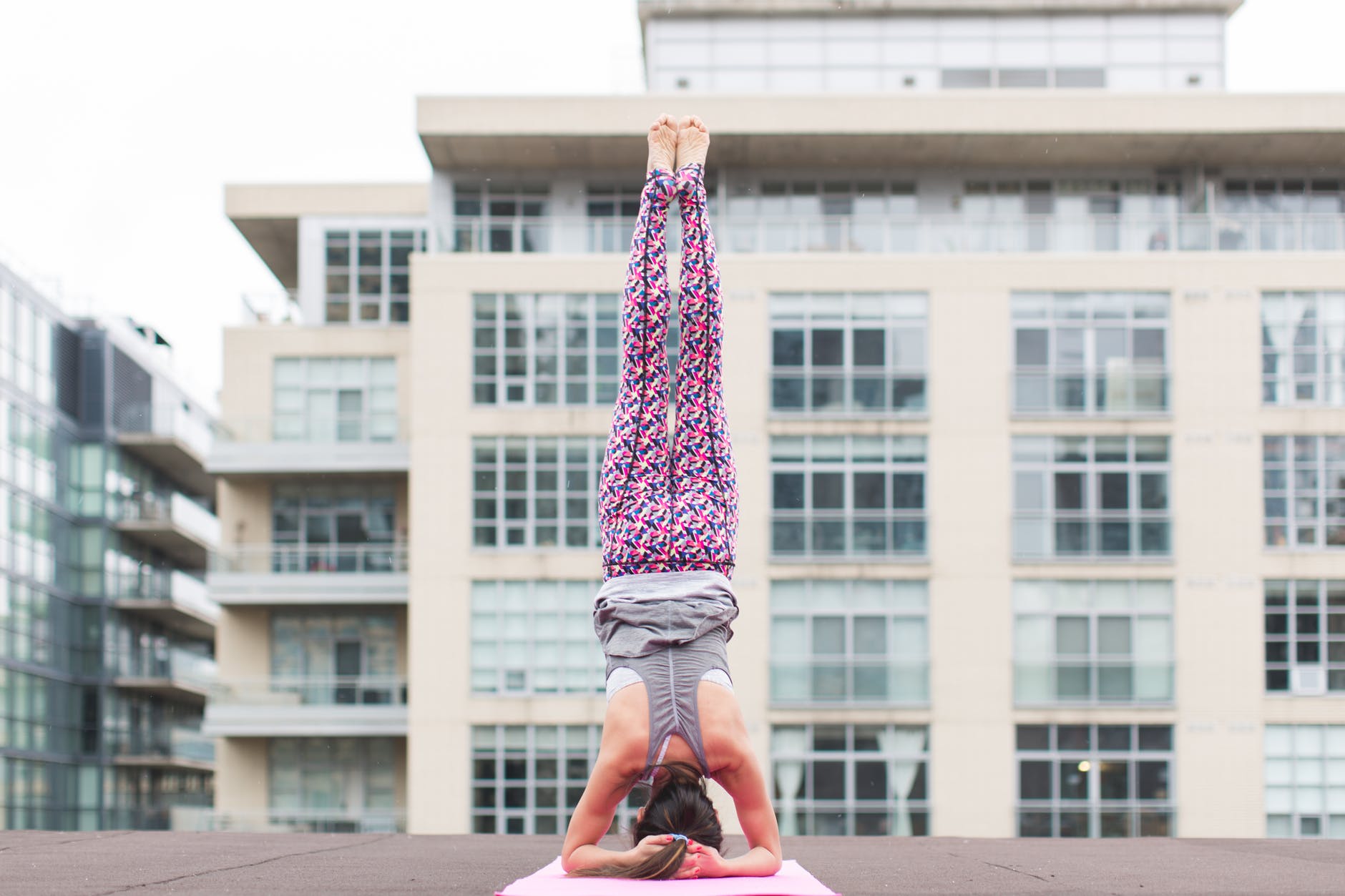 Photo by Burst on Pexels.com

It’s four months into the new year and how’s that fitness resolution going?  If you’re starting to get a little bored of the regular routine then we’ve got some creative, if not slightly quirky workouts for you to try.  At the very least you might have a good laugh, but hey, laughing is a workout for our souls, right?   And, anything that gets our hearts going, gives our brains a rest and gets our bodies moving is all good…

First on our list – Doga!  We know the health benefits that yoga can have on our bodies from breathing, meditation, strength training and stretching. Imagine getting these same benefits by sharing them with a furry canine friend. If you find this idea ridiculous then now is probably a good time to tell you that you’re alone! Just kidding. There are at least five books (yup, five!) that you can buy on the subject if you’re interested: Doga, Yoga for you and your dog, Doga,Yoga for Dogs, Barking Buddha, Real Dog Yoga and Doggy Yoga, The Mini Book. 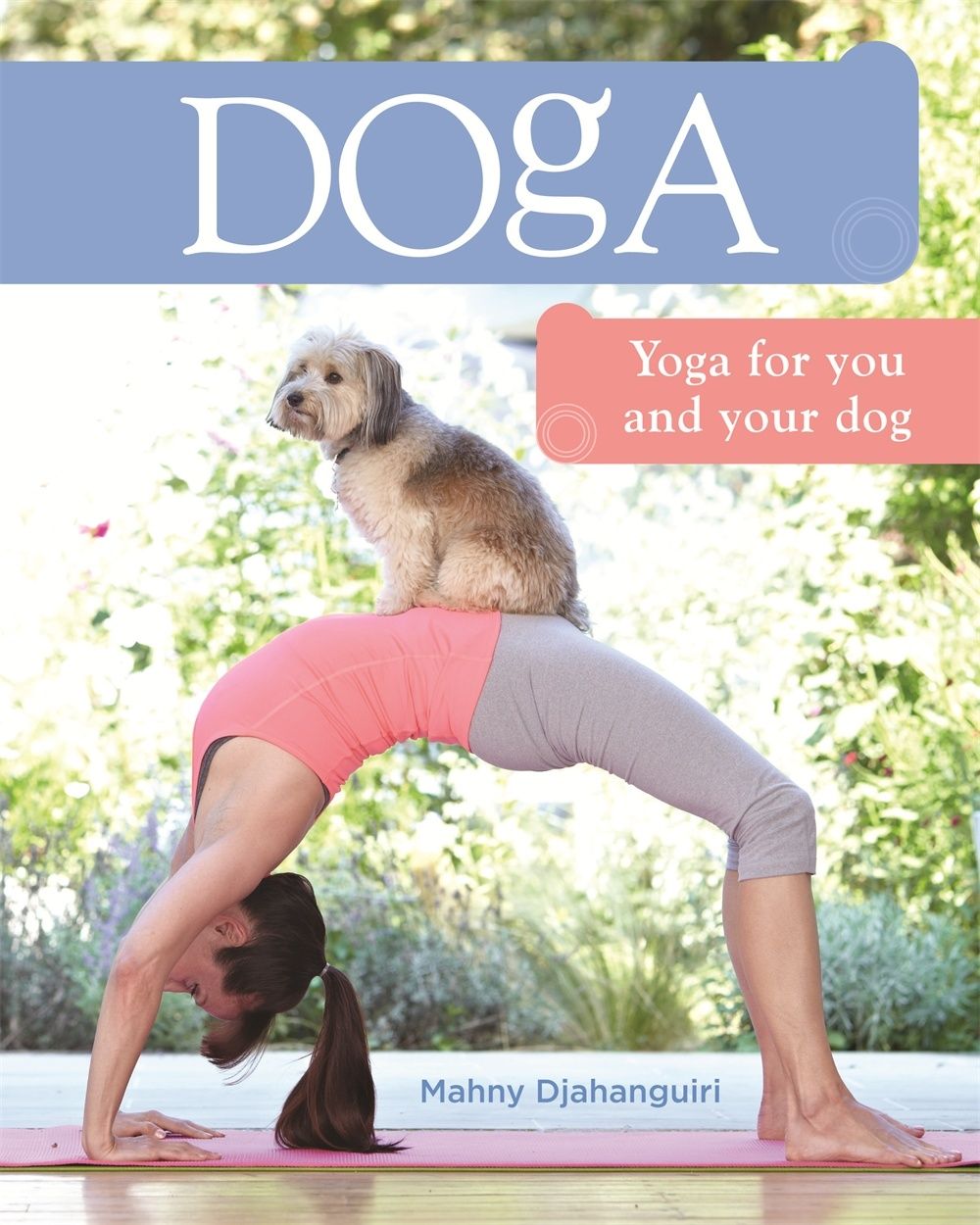 Doga is not traditional yoga but it does bring components of traditional yoga into play.  Considered an effective form of partner yoga, humans lead their canines through a soothing session to create bonding and stress reduction through massage and stretching. Created by Floridian Suzi Teitelman, you can find all sorts of videos on her website dogadog.org on how to practice, how to be certified to teach and, for a fee, she can even personalize sessions for you and your dog. If you can’t find a local class, roll out your mat and laptop and let a video guide you through some quality “Om” time with Fido (and trust us, Fido can handle downward dog like nobody’s business!).

Since we are on the topic of yoga, we might as well roll in the mud for a little pig yoga. After all, the actor Sam Neill does it!  No, seriously, there’s no mud but you may have to modify your downward dog into a “downward hog” for this yoga session. Why is this a thing?  Maybe for the same reason that goat yoga has emerged or that Doga was realized – our great love for animals!  Mostly done as fund raisers for animal sanctuaries, pigs are being welcomed into the yoga session because they are docile and well behaved, not only that but they are also warm, sensitive and intelligent creatures!  Perfect for yoga class.  Don’t worry, if you’re lucky enough to find a pig yoga class near you, you can still get your asana on because the pigs simply roam the studio during the session.  Of course, it’s totally okay to work in some belly rubs – pigs love that. 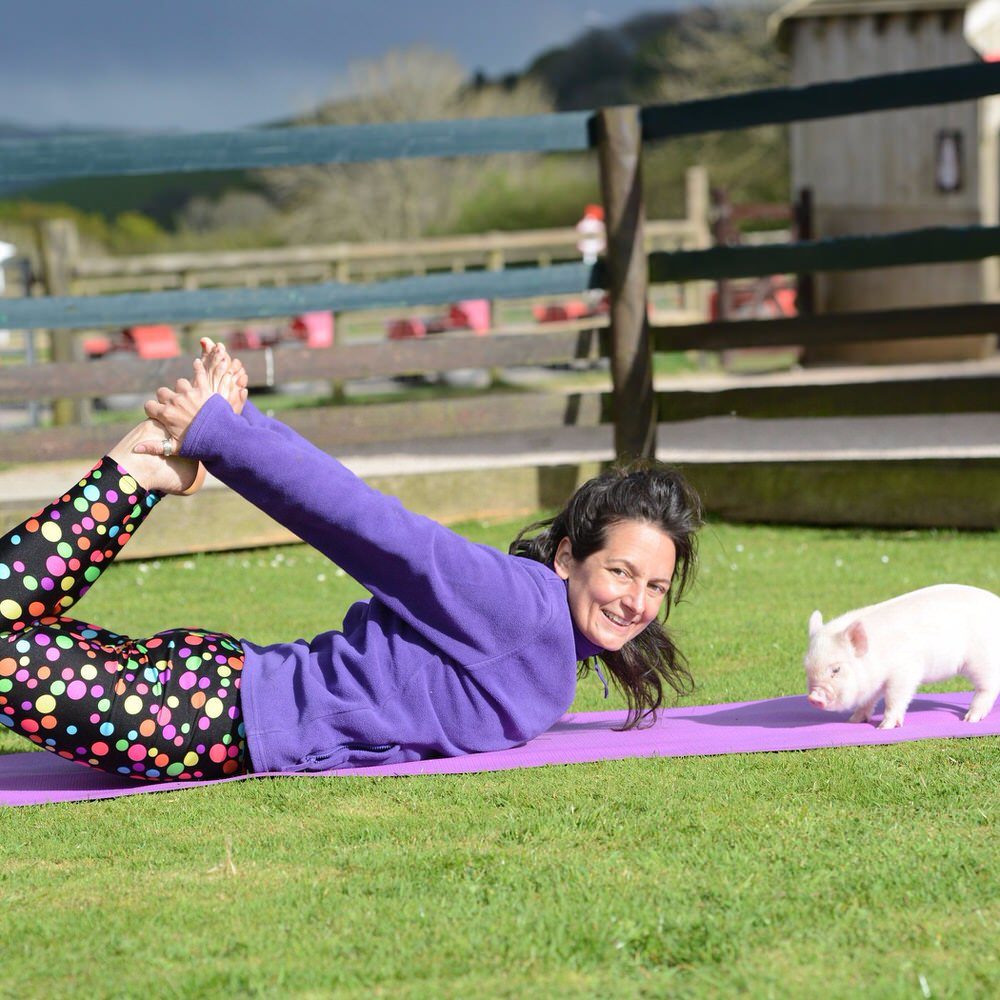 Quick! Name the fast-growing sport in America with more than 3 million players… well, that would be the game of pickleball.  Played indoors and out, pickleball is a multi-generational sport that involves a racquet and ball.  Where do the pickles come in?  From Pickles, the dog, of course!  The dog belonged to one of the three men who invented the game and because Pickles would devilishly run off with the ball when they played, they thought it only fitting that the game be named after him. 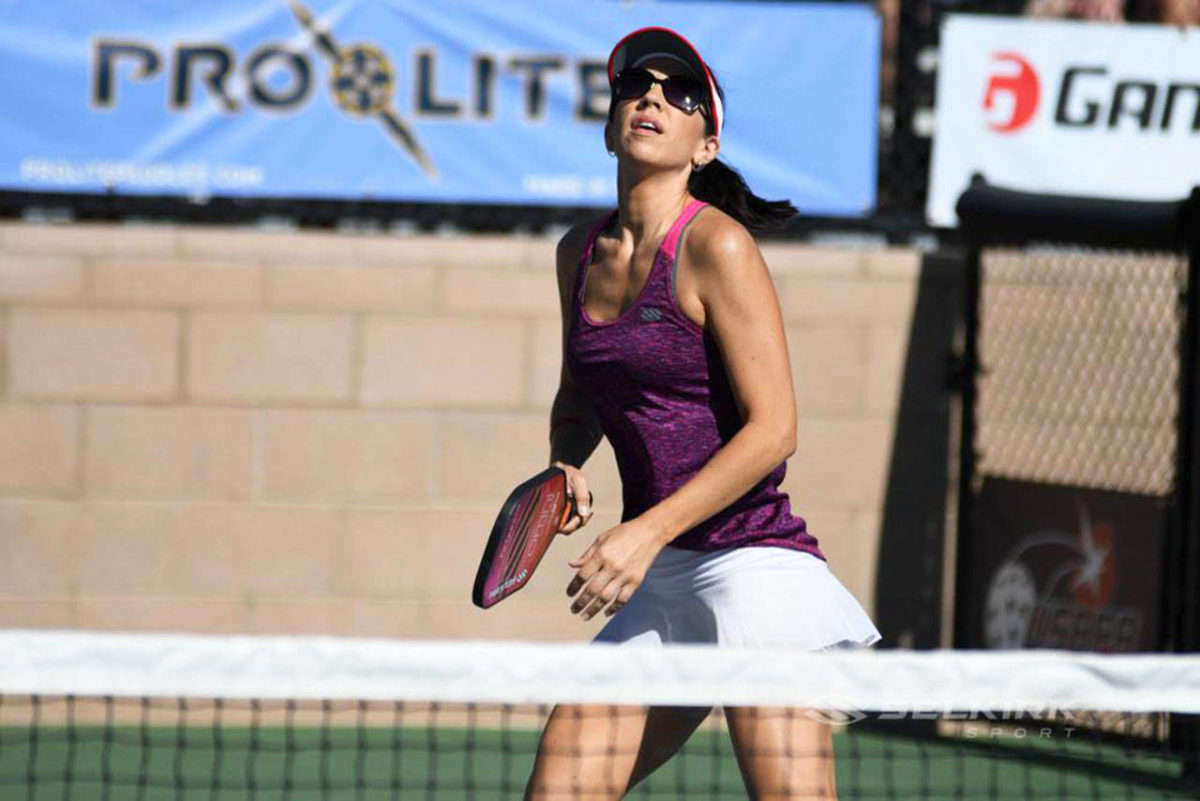 Pickleball is gaining in popularity because players can be a wide range of ages and it is easier on the body to play than tennis or other racquet sports.  It features a smaller playing court – about a quarter of the size of a traditional tennis court – and the smaller court size allows players with mobility issues to get into the game too. The courts are also easier to make and take up far less space than, say, a tennis court.  But, just because pickleball has a smaller playing area doesn’t mean it is any less competitive.  Since the rules are simple, it’s easy to learn, people come out one time and learn the game quickly and get better every time. The game can be played as singles or doubles and the possibility for intergenerational play is an added benefit.  Look for games to play in school gyms and on newly designed courts at local parks.

Did you twirl a hoop on your hips when you were a kid? Multiple hoops? Well, you can do it again for your next work out. Burn as many calories as kickboxing or other aerobic exercise with classes like Hulafit and the 30-Day Hula Hoop Challenge that use regular and weighted hula hoops (though we do hear taking on more than 3 pounds in a hula hoop can put your body out of alignment… take caution you extreme exercisers!).  It’s hard not to be cheerful with a colorful hoop swinging around your hips! 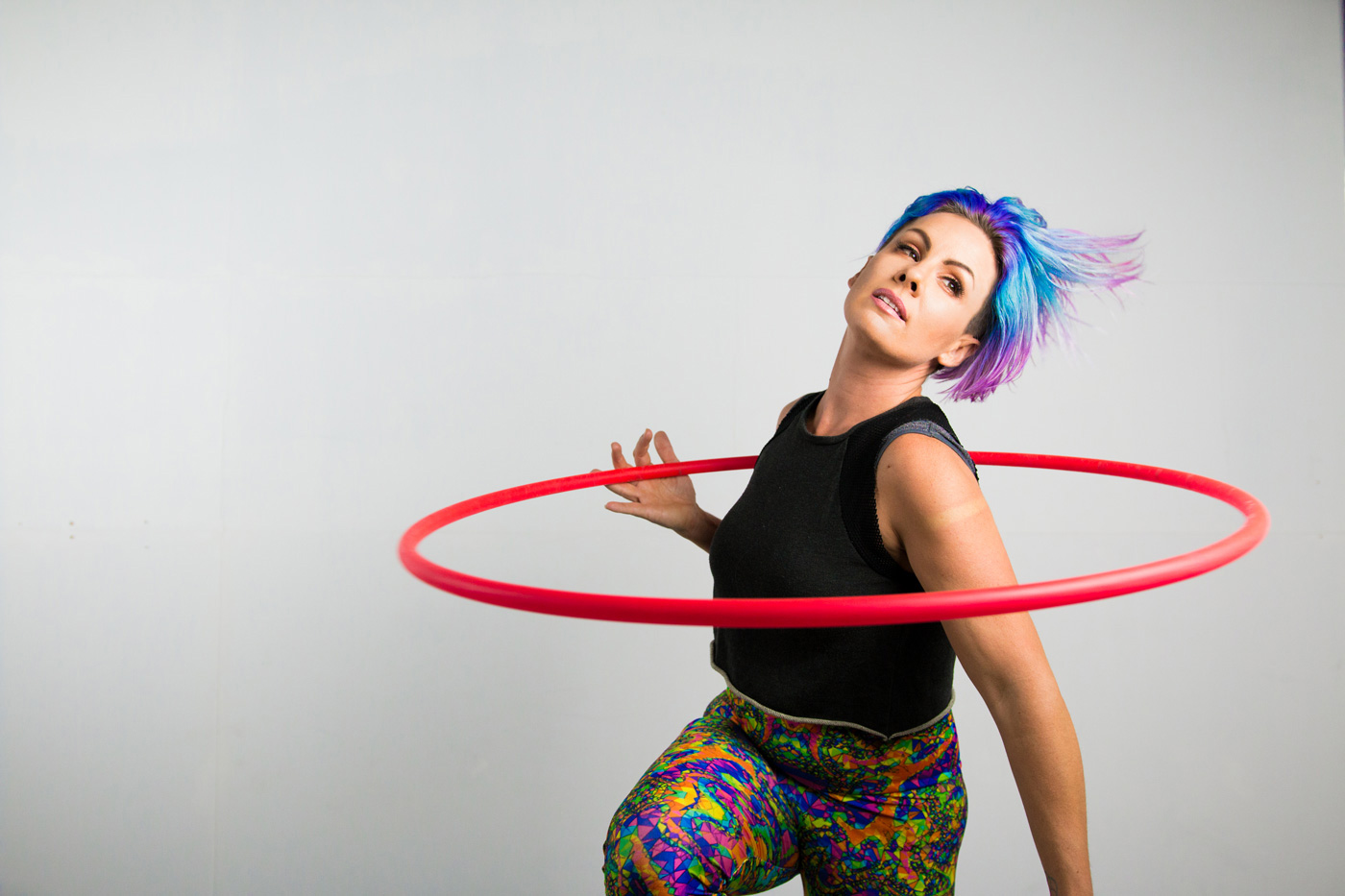 Who knew hard core drum playing could burn so many calories!  With L.A. based POUND you use weighted drum sticks and rock out with a full body cardio workout that could burn 500 calories in just a 45-minute session.  Created by two women who were athletes and recreational drummers POUND not only works out the body but uses the stress relieving effects of drumming for a well-rounded exercise routine. Now you’ll be able to show junior a thing or two on the drums! 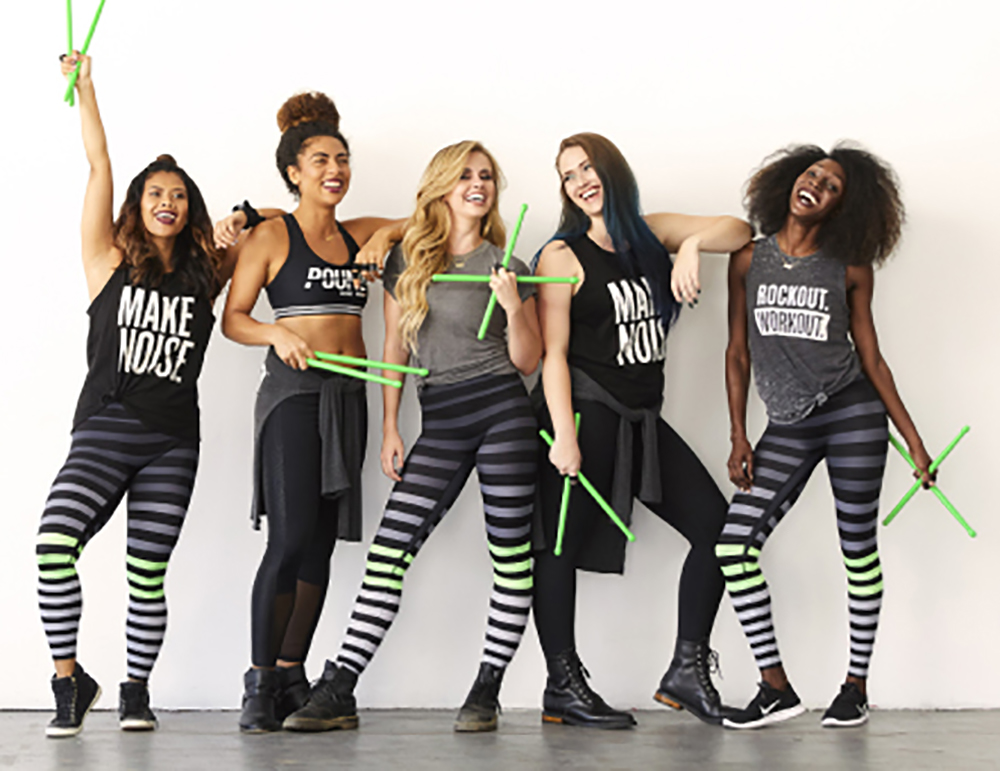 And finally, channel your inner Tigger with a group trampoline class or bouncing at a studio like NYC’s Trampolean.  This workout, also known as Rebounding (no, not that kind!) isn’t just bouncing up and down in the backyard, this is a blend of cardio endurance, muscular toning and high intensity training to jump start your fitness.  Why bounce for exercise?  Proponents say 10 minutes of it is better than 30 minutes of running! With much less impact on the body, bouncing increases the circulation of oxygen around the body and actually burns more calories! A NASA study even found that trampoline jumping proved to be the best exercise to rebuild the lost bone tissue of astronauts who lose bone mass due to their weightless state. Besides that, rebounding workouts just make you feel happier.  We’re all for happy!

So, that’s it!  What do you think about our list? Are you already online, trying to find your nearest pickleball or pig yoga class? Well, whatever workout you’re musing about, in the words of Nike, “just do it”!